This  book explores that question by, first of all, looking "inside the text" at the dynamics of reading and the tangible effects of writing. It then moves "outside the text" to consider the relevance of social context and culture to perceptions of literature," as well as the assumption it is the writer's job to "say something" of political or moral value in addition to (even as a substitute for) creating literary art. 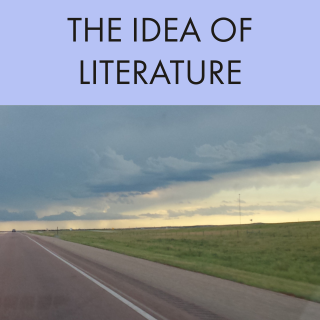 "The blog has been around for quite a while (15 years), so I had a wide range of possibilities available in choosing the pieces I wanted to represent the dominant themes I have pursued there. These are not necessarily the issues I intended to take up when I began The Reading Experience—it was such a new medium I really had no idea where it might lead—but they were the issues I found myself returning to as it became clear it was a medium that offered yet untried possibilities for serious critical discourse somewhere between full-on academic criticism and book coverage as then practiced in most newspapers and magazines."

"It may be of interest to know that a writer hoped to accomplish a certain goal in composing this work, to treat an especially urgent theme or explore a specific idea, but if subsequent readers' interpretations are to be constrained by these intentions, held to account by their fidelity to them, the work in question no longer really invites close reading: Just tell me what the writer meant to say and save me the time and effort required to read it."

--"The Exigencies of Reading"

"The inevitable consequence of associating a writer's sentences with the writer’s “manner of being in the world” is to conflate a response to writing as a response to the writer. A failure of art becomes a moral defect. Conversely, an artistic success becomes a vindication of "character," the experience of art reduced to the degree of one's sympathy with the artist, however much a figment of the imagination that figure turns out to be."

"'Official versions' of the status quo are not just political. Such versions can be imposed by family or by our own incuriosity, or by society and culture more broadly. They are all 'official' versions of the way things are that we have simply come to accept and haven't questioned much. Works of literature can provoke us into questioning them by showing us that there are always alternative versions, that descriptions of reality are only tentative and that a final understanding of the way things are isn't going to be possible."