This book surveys formally and stylistically adventurous fiction by American writers of the late 20th and early 21st centuries. 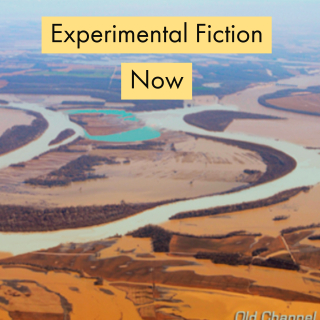 "For those who think that every new work of fiction is implicitly experimental, necessarily one-of-a-kind, the term seems redundant. For writers who want their work to be assessed, at least in part, by its departures from formal or stylistic convention, some such term is surely desirable, although not all writers have been comfortable with designating a particular work an “experiment,” perhaps objecting to the parallel with the scientific experiment and its association with the principle of “trial and error.” Who, after all, wants to invite the possibility that what one has written might be in “error,” an unsuccessful experiment?"

"Wallace’s stories and novels are typically an attempt to inhabit the consciousness of his characters, but consciousness as their discursive world, invoked by the language they habitually use in confronting experience and only through which can perceive it to be comprehensible at all. His fiction is composed of the stream of words his characters use to construct a manageable account of the reality they negotiate, although in most cases these characters do not literally speak in their own voice through first-person narration."

"The formal patterns that emerge are both a result of and a natural aesthetic complement to the singular sentences that constitute his work. If individual sentences in a sense leave us suspended in their word twists and serpentine syntax, the stories in which they appear do something similar, accumulating these sentences to create a kind of layering effect that gradually expands our sense of character and situation without making them secondary, mere vehicles for advancing a conventionally developed plot."

"In its engaging, often exhilarating use of alternative or unorthodox forms, Counternarratives abundantly demonstrates what “innovative” fiction at its best can accomplish: sometimes narrative content that challenges longstanding presumptions can be adequately expressed only through equally challenging extensions of form."