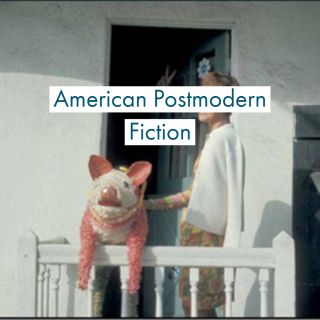 From the opening essay, "Postmodern Fiction in the New Millennium":

"Although the term has come to identify a general attitude toward traditional intellectual assumptions or, more specifically, discernibly related practices in philosophy, the social sciences, and all of the arts, "postmodern" was originally a critical label attached to an emergent group of American fiction writers perceived to be challenging established literary convention. Conventional storytelling and the protocols of realism had been challenged, to be sure, by the previous generation of modernist writers, but this new fiction was "post-modern" in extending the modernist rejection of existing assumptions to include assumptions even the modernists still accepted"

"Clarity about Barth’s artistic principles is necessary because his fiction is often mischaracterized, sometimes deliberately caricatured, and readers are still likely to be familiar with his reputation as a 'difficult' writer given to 'playing games,' obsessed with his own narrative tricks rather than telling a story about 'life.'"

"All of the adventurous, 'postmodern' writers of the 1960s and 1970s, among whom is Gass is usually placed, wanted to redirect readers’ attention to the 'play' of language, but arguably William Gass (perhaps along with Stanley Elkin) was always the writer who most consistently demonstrated that such play is in fact the very essence of all serious literature."

"Pynchon's best work is above all funny, and the most unfortunate consequence of the scholarly attention Pynchon's fiction has gathered over the years is that too much emphasis has been put on "paranoia" and "entropy" and other weighty matters, obscuring the fundamental fact that Pynchon is in the line of great American literary comedians."